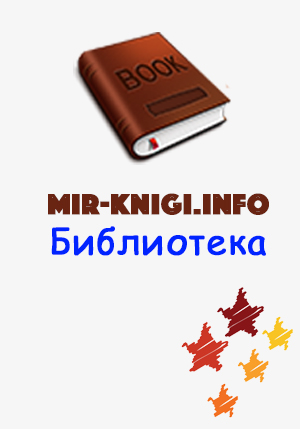 "A Classic of Japanese thought…Poetic, robust…a feast of aphorisms and martial anecdotes." – The New York Review of Books

"HAGAKURE became a kind of magical discovery for me, and 'hidden under its leaves' were some important gifts." – Jim Jarmusch

"A fascinating glimpse into another place and time." -Library Journal

"Yamamoto brought together three temperaments: loyalty to his master, a literary sensibility, and the enlightenment of Zen." – Choice

Book of the Samurai 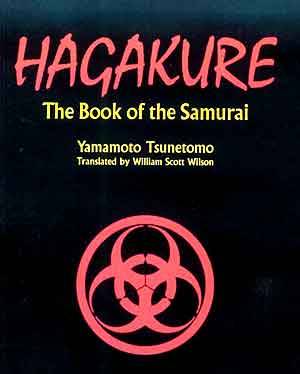 Although it stands to reason that a samurai should be mindful of the Way of the Samurai, it would seem that we are all negligent. Consequently, if someone were to ask, "What is the true meaning of the Way of the Samurai?" the person who would be able to answer promptly is rare. This is because it has not been established in one's mind beforehand. From this, one's unmindfulness of the Way can be known. Negligence is an extreme thing.

The Way of the Samurai is found in death. When it comes to either/or, there is only the quick choice of death. It is not particularly difficult. Be determined and advance. To say that dying without reaching one's aim is to die a dog's death is the frivolous way of sophisticates. When pressed with the choice of life or death, it is not necessary to gain one's aim.

We all want to live. And in large part we make our logic according to what we like. But not having attained our aim and continuing to live is cowardice. This is a thin dangerous line. To die without gaming one's aim is a dog's death and fanaticism. But there is no shame in this. This is the substance of the Way of the Samurai. If by setting one's heart right every morning and evening, one is able to live as though his body were already dead, he pains freedom in the Way. His whole life will be without blame, and he will succeed in his calling.

A man is a good retainer to the extent that he earnestly places importance in his master. This is the highest sort of retainer. If one is born into a prominent family that goes back for generations, it is sufficient to deeply consider the matter of obligation to one's ancestors, to lay down one's body and mind, and to earnestly esteem one's master. It is further good fortune if, more than this, one has wisdom and talent and can use them appropriately. But even a person who is good for nothing and exceedingly clumsy will be a reliable retainer if only he has the determination to think earnestly of his master. Having only wisdom and talent is the lowest tier of usefulness.

According to their nature, there are both people who have quick intelligence, and those who must withdraw and take time to think things over. Looking into this thoroughly, if one thinks selflessly and adheres to the four vows of the Nabeshima samurai, surprising wisdom will occur regardless of the high or low points of one's nature.' People think that they can clear up profound matters if they consider them deeply, but they exercise perverse thoughts and come to no good because they do their reflecting with only self-interest at the center.

It is difficult for a fool's habits to change to selflessness. In confronting a matter, however, if at first you leave it alone, fix the four vows in your heart, exclude self-interest, and make an effort, you will not go far from your mark.

Because we do most things relying only on our own sagacity we become self-interested, turn our backs on reason, and things do not turn out well. As seen by other people this is sordid, weak, narrow and inefficient. When one is not capable of true intelligence, it is good to consult with someone of good sense. An advisor will fulfill the Way when he makes a decision by selfless and frank intelligence because he is not personally involved. This way of doing things will certainly be seen by others as being strongly rooted. It is, for example, like a large tree with many roots. One man's intelligence is like a tree that has been simply stuck in the ground.

We learn about the sayings and deeds of the men of old in order to entrust ourselves to their wisdom and prevent selfishness. When we throw off our own bias, follow the sayings of the ancients, and confer with other people, matters should go well and without mishap. Lord Katsushige borrowed from the wisdom of Lord Naoshige. This is mentioned in the Ohanashikikigaki. We should be grateful for his concern.

Moreover, there was a certain man who engaged a number of his younger brothers as retainers, and whenever he visited Edo or the Kamigata area, he would have them accompany him. As he consulted with them everyday on both private and public matters, it is said that he was without mishap.

Sagara Kyuma was completely at one with his master and served him as though his own body were already dead. He was one man in a thousand.

Once there was an important meeting at Master Sakyo's Mizugae Villa, and it was commanded that Kyuma was to commit seppuku. At that time in Osaki there was a teahouse on the third floor of the suburban residence of Master Taku Nut. Kyuma rented this, and gathering together all the good-for-nothings in Saga he put on a puppet show, operating one of the puppets himself, carousing and drinking all day and night. Thus, overlooking Master Sakyo's villa, he carried on and caused a great disturbance. In instigating this disaster he gallantly thought only of his master and was resolved to committing suicide.

Being a retainer is nothing other than hemp a supporter of one's lord, entrusting matters of good and evil to him, and renouncing self-interest. If there are but two or three men of this type, the fief will be secure. If one looks at the world when affairs are going smoothly, there arc many who go about putting in their appearance, being useful by their wisdom, discrimination and artfulness. However, if the lord should retire or go into seclusion, there are many who will quickly turn their backs on him and ingratiate themselves to the man of the day. Such a thing is unpleasant even to think about. Men of high position, low position, deep wisdom and artfulness all feel that they are the ones who are working righteously, but when it comes to the point of throwing away one's life for his lord, all get weak in the knees. This is rather disgraceful. The fact that a useless person often becomes a matchless warrior at such times is because he has already given up his life and has become one with his lord. At the time of Mitsushige's death there was an example of this. His one resolved attendant was I alone. The others followed in my wake. Always the pretentious, self-asserting notables turn their backs on the man just as his eyes are closing in death. Loyalty is said to be important in the pledge between lord and retainer. Though it may seem unobtainable, it is right before your eyes. If you once set yourself to it, you will become a superb retainer at that very moment.

To give a person one's opinion and correct his faults is an important thing. It is compassionate and comes first in matters of service. But the way of doing this is extremely difficult. To discover the good and bad points of a person is an easy thing, and to give an opinion concerning them is easy, too. For the most part, people think that they are being kind by saying the things that others find distasteful or difficult to say. But if it is not received well, they think that there is nothing more to be done. This is completely worthless. It is the same as brining shame to a person by slandering him. It is nothing more than getting it off one's chest.

To give a person an opinion one must first judge well whether that person is of the disposition to receive it or not. One must become close with him and make sure that he continually trusts one's word. Approaching subjects that are dear to him, seek the best way to speak and to be well understood. Judge the occasion, and determine whether it is better by letter or at the time of leave-taking. Praise his good points and use every device to encourage him, perhaps by talking about one's own faults without touching on his, but so that they will occur to him. Have him receive this in the way that a man would drink water when his throat is dry, and it will be an opinion that will correct faults. This is extremely difficult. If a person s fault is a habit of some years prior, by and large it won't be remedied. I have had this experience myself. To be intimate with alt one's comrades, correcting each other's faults, and being of one mind to be of use to the master is the great compassion of a retainer. By bringing shame to a person, bow could one expect to make him a better man? A Death In The Family - Agee 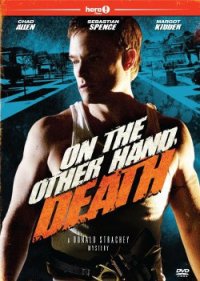 On the Other Hand, Death -

Book of the Samurai отзывы